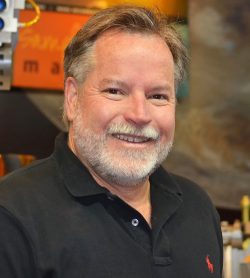 Rob Manning is the chief engineer for NASA’s Jet Propulsion Lab (JPL) Engineering and Science Directorate. He has been designing, testing, operating, and managing robotic spacecraft for over 35 years,the including Galileo to Jupiter, Cassini to Saturn, Magellan to Venus, and Pathfinder and Curiosity missions to Mars. Manning has received four NASA medals, is in the Aviation Week Magazine Space Laureate Hall of Fame at the Smithsonian Air and Space Museum, has received two honorary doctorates, and has a minor planet named after him.