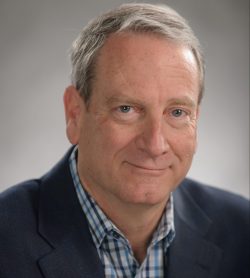 Bruce Pittman has been at the forefront of commercial space development for public benefit for over thirty years. Currently, he is the Senior Vice President and Senior Operating Officer of the National Space Society and was the Chair of the AIAA Commercial Space Group from 2009-2015. Pittman is currently working under contract to NASA as the Chief System Engineer in the Space Portal Office at the NASA Ames Research Center in Silicon Valley. In 2013 he was awarded one of NASA’s highest honors for a non-government individual, The NASA Exceptional Public Service Medal. Among his many space-related projects and achievements, Pittman was a member of the startup team for the SpaceHab Space Research Laboratory, the first space public/private partnership. SpaceHab flew on 17 Space Shuttle missions, realized over $1 billion in contracted sales, and opened the door for a wide range of research in basic science, life sciences, materials sciences, educational projects, and commercial applications.